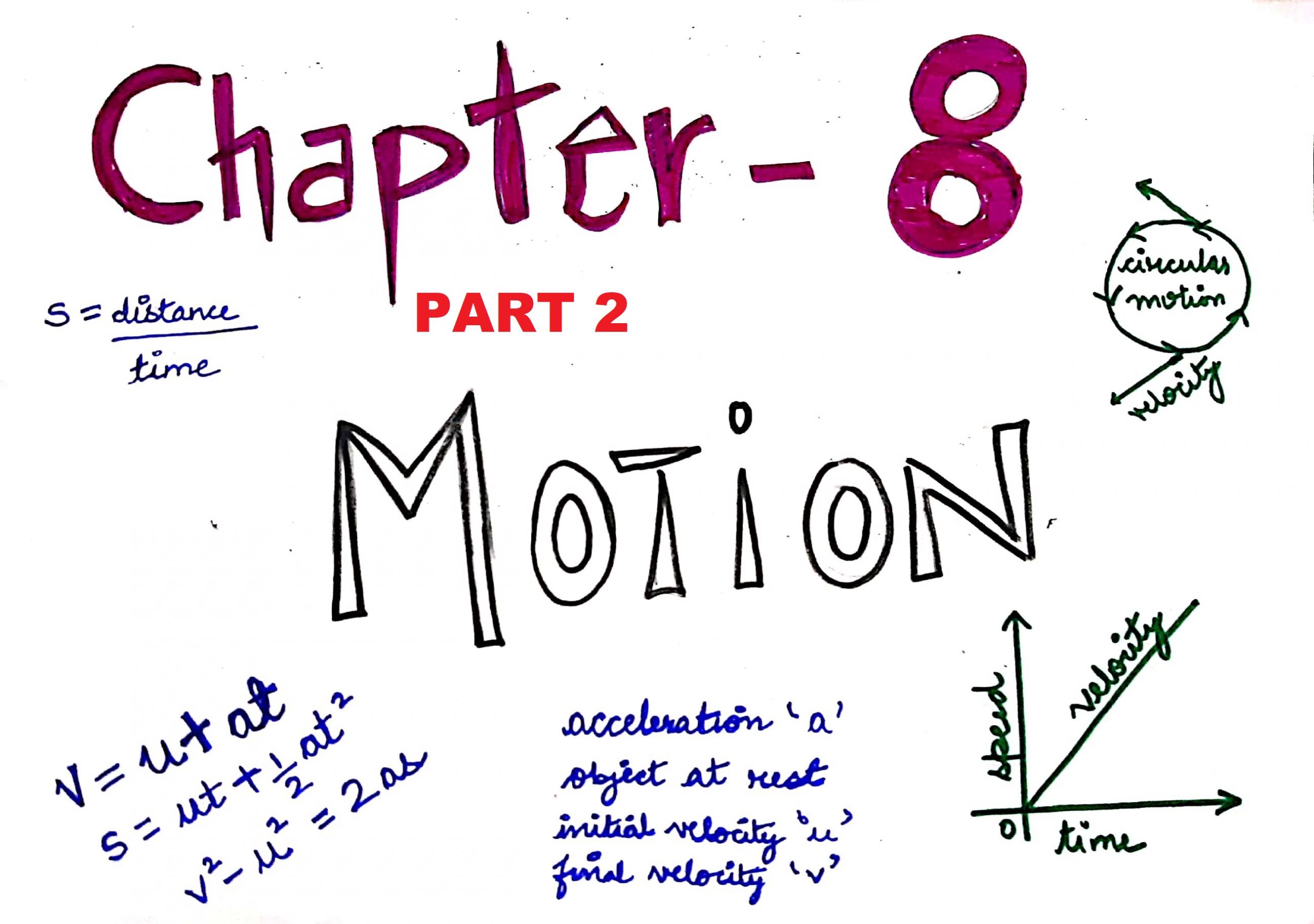 Ncert solutions for class 9: Motion is related to the movement of any object. Mechanics is the branch of physics that deals with Motion of a body.

Before learning more facts about motion let us first understand what actually motion is:

Different types of motions are :

oscillatory /vibratory : to and fro motion

Now let us move towards the important keywords. We will be using these terms frequently :

3. Distance : The actual length of the path travelled by an object during its journey from initial or starting point to final point is called distance travelled.Magnitude of distance can never be zero or negative and the SI unit of distance is metre, Distance is a scalar quantity (only magnitude),

Uniform motion: When a body travels equal distance in equal interval of time.

The graph of this motion is curved line.

Non-uniform motion is further divided into:

Now let us understand some facts about speed and other terms related to it.

Speed — We can get speed by the ratio of Distance and Time. It’s S.I unit is m/s.

for Speed is the measure of total distance covered per unit time.

get Speed can be uniform or non-uniform.

It is the measure of speed or change in speed in specific unit of time. It is a vector quantity.

Velocity is a vector quantity and its S.I. unit is m/s. Average displacement will be calculated as-

Velocity can be positive, negative or zero

It is the rate of change of velocity per unit time. It is observed in non- uniform motion. Mathematically, acceleration = final velocity – initial velocity / time

If acceleration “a” is positive then it symbolizes that speed/velocity is increasing with time,

If acceleration is negative, it is called retardation and symbolizes that speed/velocity is decreasing with time

2.  Speed vs Time graph for body at rest:

A type  of motion in which body revolves around a centre point or in a circular path with uniform speed is called circular motion.